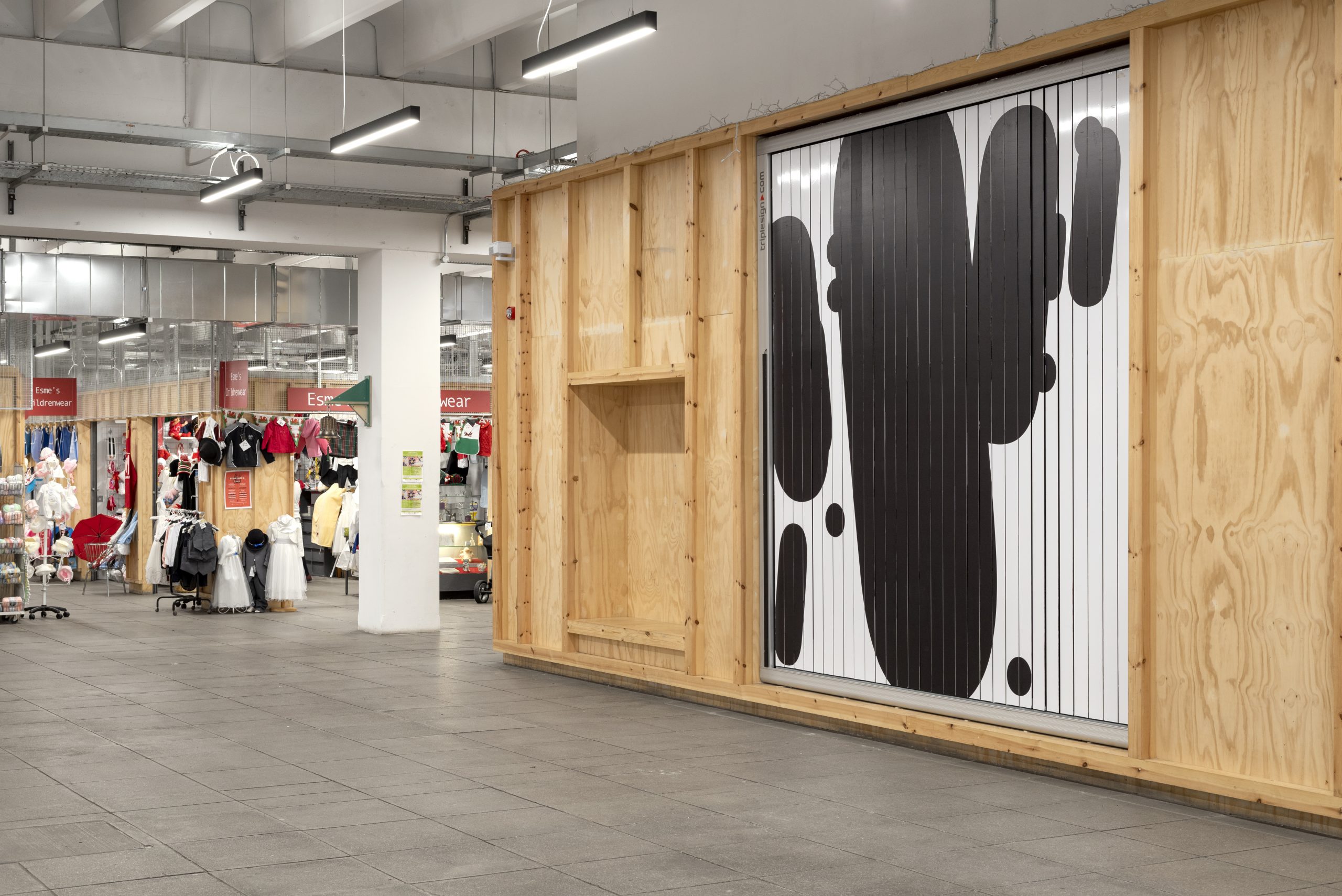 ‘Wal Pawb’ is an annual commission of six artworks to be displayed across two Tri-Vision billboards within Tŷ Pawb.

The remit of Wal Pawb is to address the coexistence of a market and art gallery within one building. The positioning of the artwork on the external walls of Tŷ Pawb’s gallery, facing into the market hall, is such that it represents a threshold or margin. These conditions are what renders Wal Pawb a unique and challenging commission.

Alongside artwork for Wal Pawb’s two motorised tri-vision billboards, Kevin has devised a multifaceted intervention for Tŷ Pawb as part of the commission. Each billboard plays host to a triptych of complex interconnected patterns while Kevin’s intervention also comprises an evolving rooftop garden of edible plants, the continuous production and sale of a carbonated drink and Clwb Garddio (a community group of gardeners who regularly meet). This carbonated drink is served in a limited edition compostable paper cup visually complimenting the billboards design.

Kevin’s playful approach to linguistics informs both the visual design and conceptual nature of the project. By referring to Tŷ Pawb’s Wal Pawb spaces as ‘facades’ and then splitting this word in half, the resulting term face – ade literally brings to mind the figurative and the fizzy.

With a typically generic civic exterior, it’s interesting to note that the former ‘Peoples Market’ building Tŷ Pawb now occupies has facets that resemble punctuation marks from some of the world’s most commonly usedtypefaces. Many, like Comic Sans, were released in the early 1990’s at a similar time to the building’s original construction. It is with an idiosyncratic touch that such punctuation is applied by Kevin, forming a sequence of oversized and hand-held emoticon-like forms, informed directly by the buildings facade.

Operating as a socio-economic prompt to re-think how Tŷ Pawb could be used, face – ade provides the time and space for people to gather, ideas to germinate and a refreshing new drink for Wrexham (with an evolving flavour, reflecting ingredients grown directly on Tŷ Pawb’s roof) to develop. A DIY, community-led production line encourages greener ways of thinking about what we drink and where such products come from, while generating income to be pumped back into maintaining the rooftop garden. 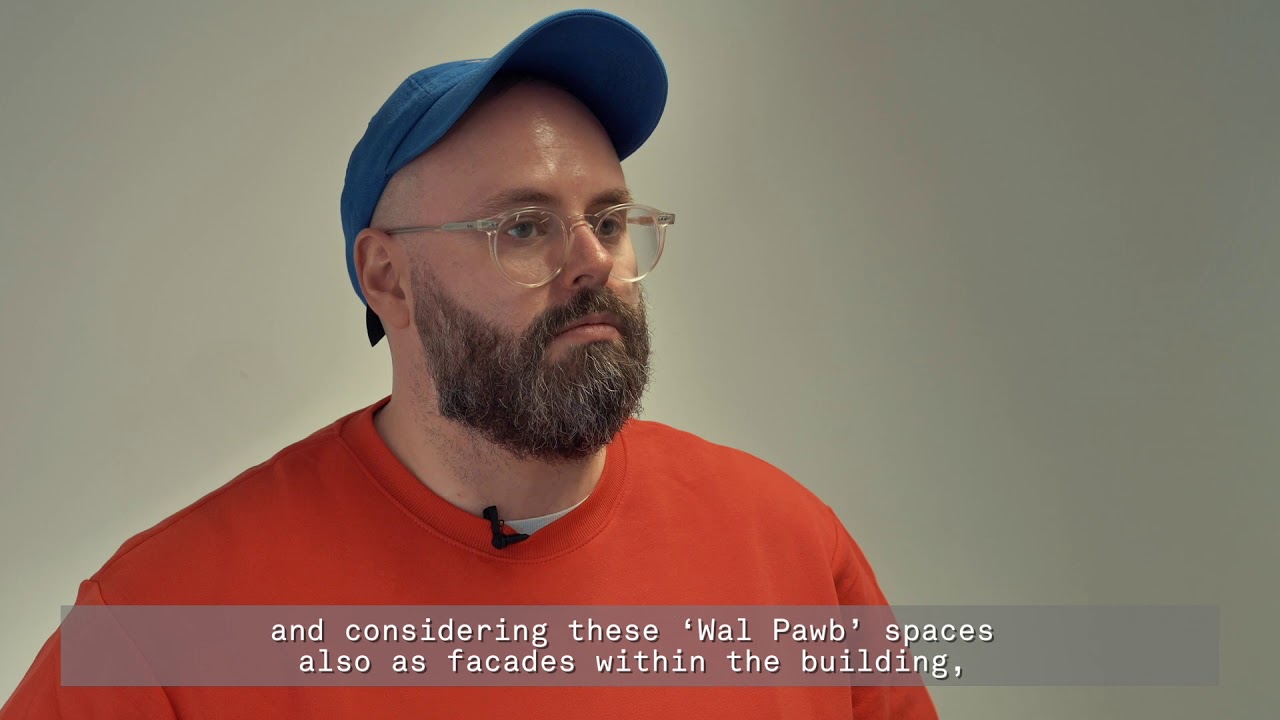 Kevin Hunt is a graduate of the North Wales School of Art & Design (now referred to as the School of Creative Arts) at Wrexham Glyndŵr University.

Currently living close by in Liverpool, Kevin retains a fondness for Wrexham, having delivered a variety of projects in the town since graduating, however his Wal Pawb commission is his largest presentation of work in Wales to date. He is a lecturer at Manchester School of Art.

Katie Cuddon is based in Newcastle. She is a lecturer at Newcastle University. Her work has been exhibited widely, both nationally and internationally. Recent exhibitions include ‘Sticky Intimacy’, Chapter, Cardiff (2016).

Katie was the Sainsbury Scholar in Sculpture and Drawing at the British School in Rome, Italy (2008-09), and the inaugural BALTIC Centre for Contemporary Art Bothy Project resident on Isle of Eig (2017). 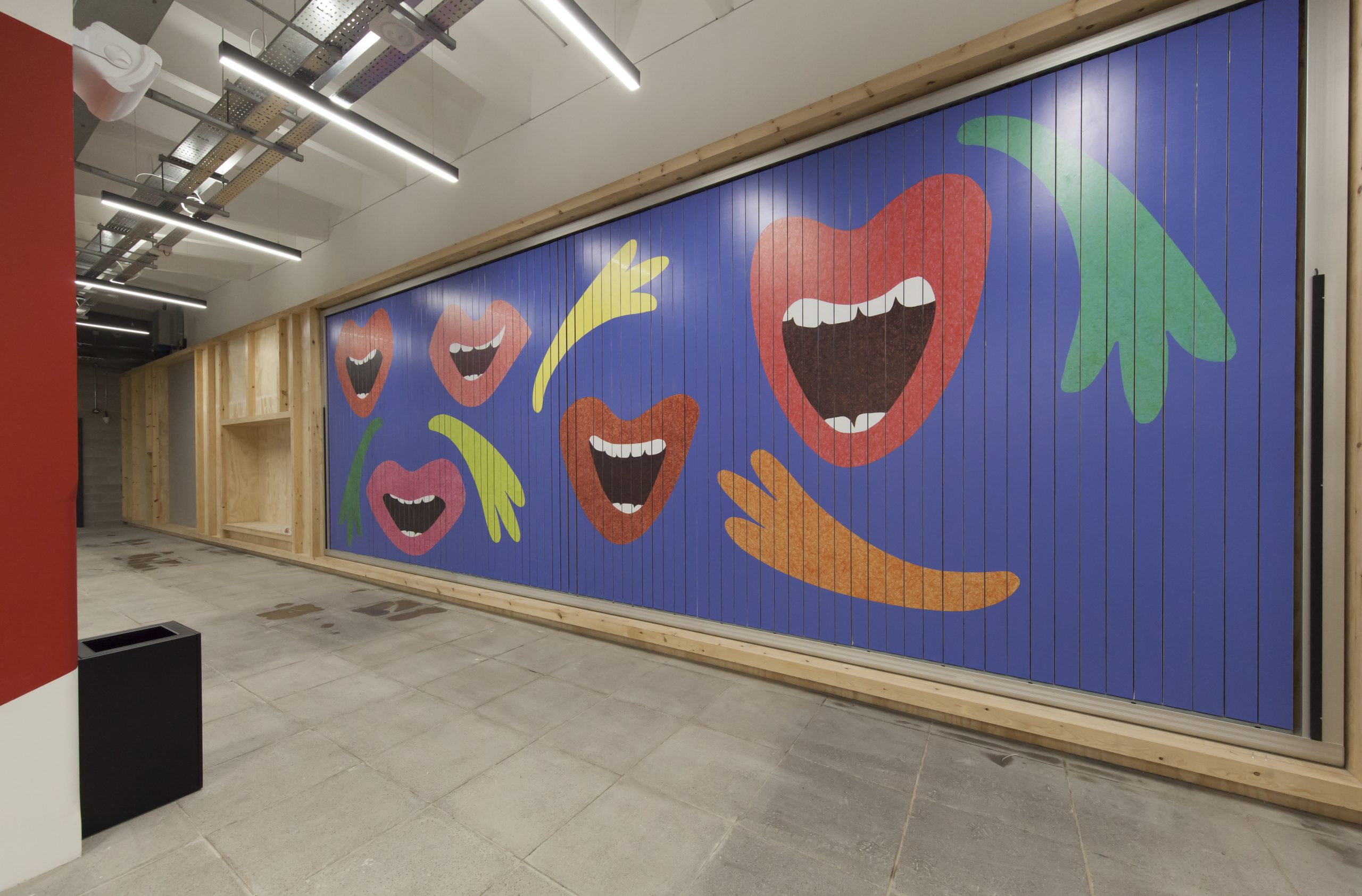 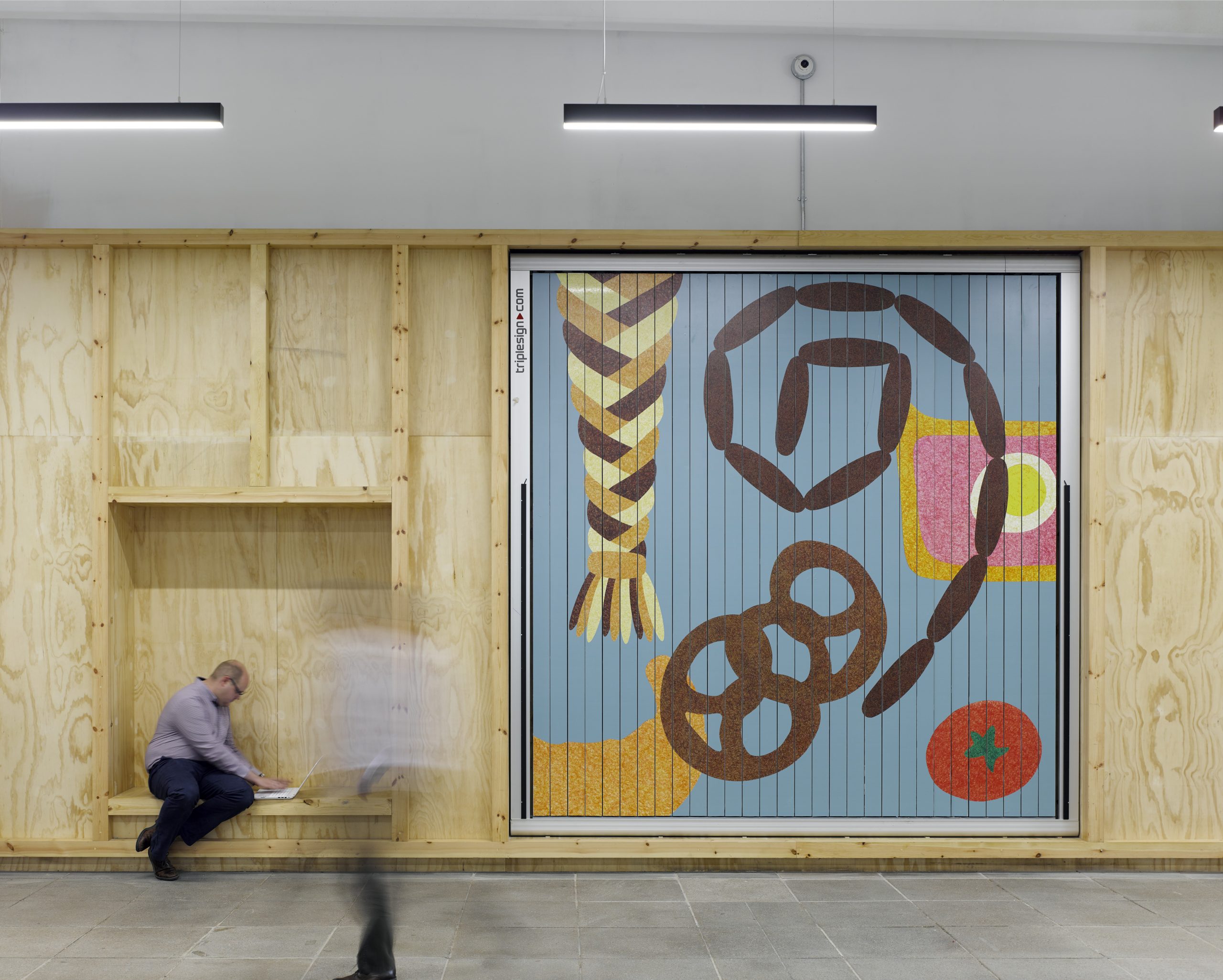 Katie Cuddon was selected as the first Wal Pawb artist from an open call in 2017.

The artwork Katie created for Wal Pawb used image, colour and texture to reference the multiple and varied trades and activities of the market. She created a collection of simplified cut-outs of images associated with the market. These images were generated through consultation with the traders and users of the market. The images have then been set against textured and coloured backgrounds. Katie spent a period of six months developing artwork. During this period she also conducted a series of workshops and studio visits with young people and local artists to help further inform her artwork and to assist participants in the development of their own artwork.